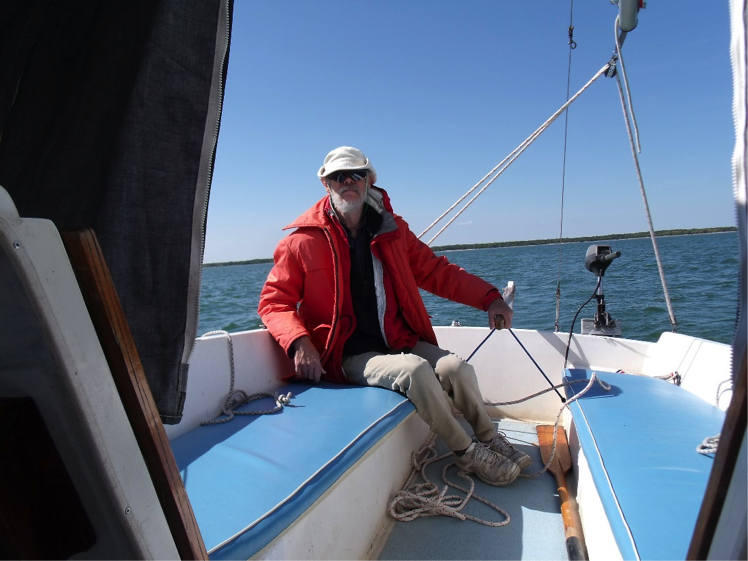 It is with great sadness that we announce the sudden passing of our beloved Randy Proven at the age of 65 on November 29, 2018.

Randy leaves to cherish his memory his mother Isabella Proven, brothers Garry (Rita), Dave (Jessie), Rick (Amy) and Doug (Cindy), three children and nine grandchildren: Gena Proven and her family Ashley, Vicky (Eric), Kyla (Jake) and Brooklynn; Evan Proven (Phoebe) and their family Oliver, Molly, Lucille and Alice; and Ayma Proven and her son Taner.  Randy was predeceased by his father Harold Proven. He will be dearly missed by his partner Adina Lyon, her daughter Jan (Martin) and their children Linnea, Isla and Clare. Randy will be fondly remembered by Gena’s mom, Sharon Epp and Evan and Ayma’s mom, Marion Pringle, along with numerous nieces, nephews, cousins and friends.

Randy was born on March 9, 1953 to Harold and Isabella Proven. He loved growing up on the farms near Basswood and having adventures with his brothers, being part of a large, loving family. As a teenager Randy’s aptitude for fixing things was evident. He would rebuild engines and vehicles using gravel pit junkyard parts and would learn how things worked as he took them apart. After high school Randy took welding, diesel mechanics, and electrical trades courses but ultimately ended up joining his Dad in cabinet making. After Harold retired Randy continued to operate Fairmount Woodworking and moved from cabinet building to homebuilding. Randy was always working towards a better world for the next generation. His passion for sustainable development, responsible resource management, and a fair voting system (proportional representation) were evident to anyone who spent any time in his presence and he never missed an opportunity to teach people about what he saw as a “no brainer”. He was a long-time member of the National Farmers Union and campaigned to “Keep the Crow”. He supported Tools for Peace, super insulated construction, as well as many environmental and progressive organizations. Randy was a founding member of Sun Certified Builders Co-operative, another avenue through which he could help the next generation.

Randy was a pioneer in the energy efficient building industry. After learning about a high performance house built in Saskatchewan in the late 70s, Randy started working out how to build a better home. He built HRVs from plywood and chloroplast and experimented with different combinations of insulation and wall design. Randy was a licensed R2000 builder and won the Technical Merit Award in 1999 for his attention to detail. He was always open to new ideas and when he learned about the Passive House building method he embraced it as the highest performance method available. Randy’s current project was a Passive House designed infill in South Osborne. He was hoping to complete the project and finally get to live in a high performance home of his own. Randy leaves a legacy of high performance homes across Manitoba through both design and construction. He was a master builder and had an incredible skill for fine detailed carpentry.

Randy would do anything for his three kids and later, his grandkids. Whether helping Evan build his house, refinishing Ayma’s house to a super insulated character home, or troubleshooting a roof issue on Gena’s house, Randy was always willing to help.  He would drop whatever he was doing and head over to fix something or build something or just for cuddles and stories with his grandchildren. He loved playing with his grandkids and getting them to help in the garden. Randy was always working and rarely took time off, but worked fun into every day. Working with Randy always involved stories of things he had learned and conversations about how to make things better. When he did take a break Randy loved to go sailing. Randy had restored a wooden dinghy on which many wonderful memories were made on many trips to Clear Lake, the Whiteshell, or lake Winnipeg.

Randy and Adina met at an activist event and together worked to strengthen their community and make a better future for their grandchildren. Everyone was so excited when they headed to Newfoundland for a vacation in 2016. Randy loved his trip with Adina and being in the outdoors although they said they wouldn’t take the tent next time.

Knowing Randy made you want to make the world a better place. A celebration of his multi-faceted life will be held on Saturday, Feb. 23, 2019 at the Scandinavian Centre, 764 Erin St. at 1:30. A second celebration will be held in Basswood at a date to be determined.

If you would like to donate to the fund please send cheques payable to the Randy Proven Scholarship Fund to:

(email issue has been resolved)

Thank you in advance for your donation.